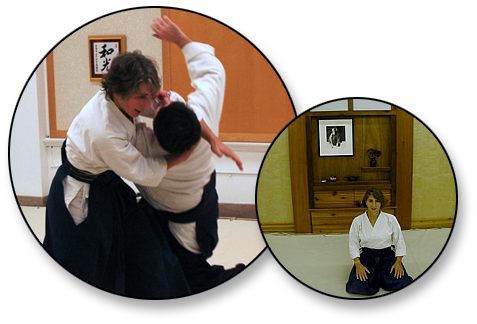 Robin Sensei founded Aikido of Madison along with John Stone Sensei in 1994.

Robin Sensei began studying Aikido in 1974 and holds the rank of rokudan (6th degree black belt), which was awarded in January, 2006 from Saotome Sensei. The study of Aikido has informed Robin Sensei’s work and personal life, revealing many useful paths to resolving the conflicts of daily life, relationships and work. Robin Sensei has spent four plus decades learning about inclusion and perseverance through serving individuals with disabilities.

Visit AOM on Facebook and then give us a