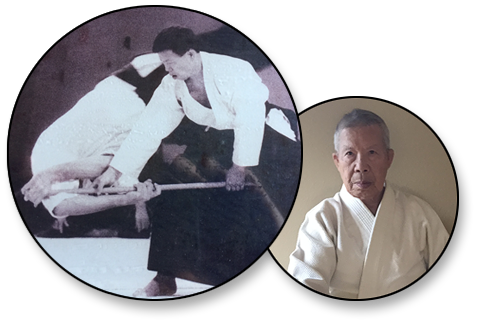 Tseng Wang (Tom) was born and raised in Taiwan. He came to America for advanced study in Metallurgical Engineering. In 1973 he began to study Aikido at the Illinois Aikido club in Chicago with Tohei Sensei and received his Shodan (1st degree black belt) in 1979. Later he moved to Tennessee and trained at Nashville Aikikai. Tom attended seminars taught by O Sensei Morihei Ueshiba, the founder of Aikido, O Sensei’s son, Kisshomaru Sensei, O Sensei’s disciple, Shihan Oshawa Sensei, and other important teachers like Yamaha Sensei, Saotome Sensei, and Ikeda Sensei. In addition to Aikido, Tom has trained in Judo and Tai Chi. He was captain of the Taiwan Cheng Kung University Judo team and carried the team to a silver medal at the national college Judo competition. He learned Tai Chi from masters Ben Lo and Tao Ping Xiang. He taught Tai Chi for many years at Vanderbilt University. In 2016, he moved to Wisconsin to be closer to his family and continued his training at Aikido of Madison. He received his Yondan from Saotome Sensei in 2019.